Death of the “Double Irish Dutch Sandwich”? Not so Fast. 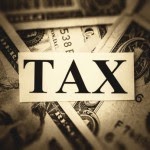 From January 2015, all companies newly incorporated in Ireland will be classed as Irish tax-residents. Companies already benefiting from the scheme can continue to do so until 2020, when the preferential 'double Irish' tax system will cease to apply.


According to Jeffrey L. Rubinger, the proposal clearly demonstrates Ireland’s desire to comply with the G20-endorsed new international tax initiatives (such as the “Base Erosion and Profits Shifting” initiative). The question raised by the recent Irish finance proposals is, do they really put an end to the Double Irish structures (with or without the Dutch sandwich) or to the use of Ireland in general as an attractive jurisdiction for companies with IP that is used outside the U.S.? Upon a closer examination, the answer would seem to be NO!

The same benefits can be achieved by only slightly modifying the existing structures to avoid triggering the new proposed rules.


The Double Dutch structures were useful for a few reasons.

The only factor that has been altered by the Irish proposals is the second. Under the proposals, moving management and control of an Irish company to a Caribbean nation with which Ireland does not have a tax treaty will no longer achieve the desired objective.


But this does not mean the objective cannot still be achieved in other ways. Ireland has an extensive treaty network. At least two of these treaties contain management and control residency standards and are with countries that have similarly low tax rates. 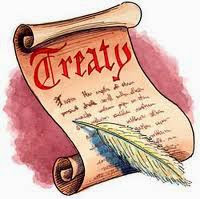 Specifically, it is possible to form an INR, as under existing structures, with its management and control in Malta. Pursuant to the treaty between Malta and Ireland (which should not be overridden by the new proposal), that company should be treated as a resident of Malta, and not Ireland (See Article 4(3) of the treaty).

Alternatively, the treaty between the United Arab Emirates (UAE) and Ireland likewise has a management and control standard, and the UAE does not impose corporate income tax. The Ireland-UAE treaty also exempts royalty payments from withholding tax.


Thus, notwithstanding the Irish proposal, it should still be possible to achieve the same results using a company managed and controlled in Malta or the UAE, rather than in a Caribbean nation. The practical wrinkle is that in order to satisfy the management and control standard, it generally will be necessary to hold board meetings, etc., in the relevant country, e.g. Malta. While many executives would no doubt prefer to travel to Bermuda or the Cayman Islands for such meetings, travel to Malta should not be so burdensome or undesirable as to eliminate this structure from consideration.


Another issue worth mentioning is the role of the same-country exception to certain categories of Subpart F income. This is one frequently cited reason for using two Irish companies (only one of which is considered to be Irish for Irish tax purposes), rather than simply forming one company in Malta from the start, for example, so that moving management and control is not necessary.

As long as we have the U.S. check-the-box rules and can simply cause all lower-tier entities to be disregarded, the same country exception is not technically needed because the U.S. law sees only one foreign entity. However, it is possible that at some point in time these check-the-box rules could go away. If that were to occur, having both of the “Double Irish” companies (IrishCo1 And IrishCo2) incorporated in Ireland would provide a “belts and suspenders” fallback in that taxpayers could instead rely, from the U.S. perspective, on the same country exception to prevent Subpart F income from arising from these licensing arrangements between related parties.


In any case, all of the press declaring the Double Dutch a thing of the past seems to be a bit overstated. The only thing that has truly changed is the scope of permissible jurisdictions to which management and control may be moved to achieve the desired benefits.


The number of such permissible jurisdictions
certainly has been diminished...
But the viability of the structure going forward
has by no means been eliminated entirely!