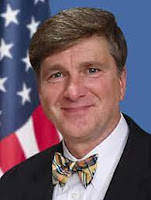 I attended the 35th Civil and Criminal Penalties Conference in Las Vegas last week where one of the panels gave the Deputy Commissioner for SBSE (Collection), Darren Guillot, the opportunity to discuss the things happening in Collection. I also had the opportunity to meet Keith Fogg, former professor at Villanova University School of Law, my alma mater, who recounts in Procedurally Taxing the following regarding Darren Guillo’s discussion: