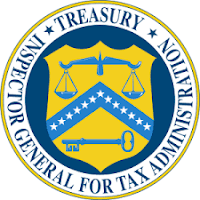 During the start of COVID-19, the IRS was impacted in many ways. IRS sites closed for months, thus postponing everyday operations such as mailing notices and receiving and processing correspondence from taxpayers. During this time, the IRS had to act and make decisions as to how to proceed, and some of the decisions potentially caused confusion and undue burden to numerous taxpayers who received erroneous Collection notices.
Upon Reopening Its Print Sites, The IRS Decided To Issue Millions Of Notices To Taxpayers That Had Generated
During The Shutdown, Many With Erroneous
Notice Dates And Payment Due Dates.

TIGTA’s review of these notices identified that the IRS issued 89,338 premature Notices and Demand for tax that were generated for 87,542 individual taxpayers who filed Tax Year 2019 tax returns before the COVID-19 filing date extension of July 15, 2020. 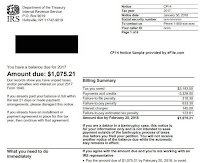 The notices showed that balances were owed even though the taxes were not actually due because of the filing extension. Although the majority of these Notices and Demand included stuffers to explain the correct notice and payment due dates, taxpayers could be confused as to how to proceed, whether they received a stuffer of explanation with their notice or not, simply due to the original notices including incorrect information. The IRS had the opportunity to prevent undue burden to taxpayers by purging the outdated and incorrect notices and sending them at a later date.

However, the IRS was effective in providing relief to taxpayers as outlined in its People First Initiative, including properly suspending defaults on Installment Agreements, passport certifications to the State Department, new account transfers to private collection agencies, systemic filings of Notices of Federal Tax Lien, systemic and automated levies, and seizures. TIGTA did identify that, for 23 levies (14 taxpayers) issued by revenue officers, there was no indication of the required levy approvals during the People First Initiative time frame.

TIGTA recommended that the IRS implement changes to its processes to avoid sending erroneous notices causing taxpayer burden. IRS management partially agreed with the recommendation. While they acknowledge that this is not an action management would take under ideal conditions, they believe their solution (to send the incorrect notices) was appropriate given the extraordinary situation. However, management further stated that, should future circumstances cause the IRS to be faced with a similar decision, they will take this report’s recommendation into consideration.