On July 20, 2020, the U.S. Department of Treasury (Treasury) and the Internal Revenue Service (IRS) issued final regulations on the high-tax exclusion to the global intangible low-taxed income (GILTI) regime (the Final Regulations). The final high-tax exclusion rules allow taxpayers to opt out of the GILTI regime if certain foreign affiliates are already paying at least 18.9% in offshore taxes and allows retroactive relief for all applicable tax years.

The Final Regulations give U.S. persons who own at least 10%, directly or indirectly, of the vote or value of a controlled foreign corporation (CFC) (U.S. Shareholders) the option to opt out of the GILTI regime if such CFC is subject to tax in a foreign country at an effective rate greater than 90% of the maximum U.S. corporate rate (i.e., currently a foreign effective tax rate of 18.9%, based on a U.S. corporate tax rate of 21%).

The election is effective for the year in which it is made and all subsequent tax years, unless the election is revoked, and can be retroactively applied for tax years beginning after December 31, 2017 and before July 23, 2020.

The Final Regulations Also Allow For Elections To Be Made On Amended Returns, Though U.S. Shareholders Must Then Also File Amended Tax Returns Within Specific Time Frames.

U.S. Shareholders must apply the GILTI high-tax exclusion consistently, such that an election made by a U.S. Shareholder will generally apply to all 10%-owned CFCs.

Under the complementary Subpart F high-tax exception, a controlling U.S. Shareholder of a CFC may elect to exclude an item of the CFC's foreign base company income or insurance income from Subpart F income when the relevant income item is subject to tax in a foreign country at an effective rate of more than 90% of the maximum U.S. corporate rate (i.e., currently a foreign effective tax rate of 18.9%, based on a U.S. corporate tax rate of 21%).

In a separate set of proposed regulations also issued on July 20, 2020 (the Proposed Regulations), the Treasury and the IRS announced their intent to conform the rules implementing the Subpart F high-tax exception to the GILTI high-tax exclusion, and to provide for a single election under Code Section 954(b)(4) for purposes of both regimes. If the Proposed Regulations are finalized, the conformed Subpart F high-tax exclusion rules will be more restrictive than those that currently govern the election.
Have an International Tax Problem? 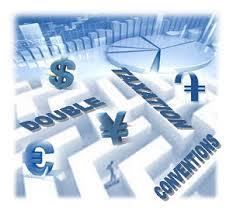