Another Chiropractor Finds Paying Taxes a Pain in the Neck

On September 11, 2019, we posted IRS Not Agree with Chiropractic Adjustments  - Chiropractor Sentenced to Prison for Tax Evasion, where we discussed that the owner of a chiropractic business was sentenced to Six (6) months in prison for tax evasion after pleading guilty to the charge in June 2019.

Previous to that we posted on September 26, 2017, Utah Chiropractor Sentenced to Prison for Tax Evasion and Obstructing the IRS, where we discussed that yet another chiropractor, who also owned a health care products business, was sentenced to 33 months in prison for tax evasion and corruptly endeavoring to obstruct the internal revenue laws 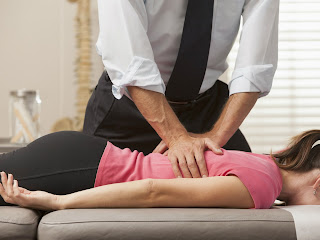 And now according to DoJ, a Montana chiropractor and his wife pleaded guilty on November 20, 2020 to tax evasion.

According to court documents and statements made in court, Jonathan Wilhelm, owned and operated Pro Chiropractic PC (Pro Chiro) and Big Sky Spinal Care Center Inc. (Big Sky). From 2013 through 2018, the Wilhelms directed payments to cash and then did not report the cash transactions on Pro Chiro’s and Big Sky’s books and records, which they provided to a return preparer to prepare the businesses’ tax returns.

Have an IRS Criminal Tax Problem?