On December 5, 2018, we posted Panama Papers Lead To Indictment Of 4 (3 Professionals & 1 Client), where we discussed that New York federal prosecutors announced the indictment of a lawyer and three other men on December 4, 2018 on charges of wire fraud, tax evasion and money laundering, tying the case to the 2016 leak of documents from the law firm Mossack Fonseca called the Panama Papers.
Law enforcement officials described the charges against attorney Ramses Owens, who remains at large, and investment manager Dirk Brauer, accountant Richard Gaffey and businessman Harald Joachim von der Goltz, all of whom have been arrested, as a warning to would-be tax criminals and those who would help them. The defendants could face decades in prison.
“The Charges Announced Today Demonstrate Our Commitment to Prosecute Professionals Who Facilitate Financial Crimes across International Borders and the Tax Cheats
Who Utilize Their Services.” 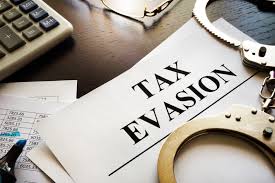 “The unsealing of this indictment sends a clear message that IRS-CI is actively engaged in international tax enforcement, and more investigations are on the way,” said Don Fort, who leads the tax agency’s criminal investigations unit. “

Now according to Law360, prosecutors are seeking more than two (2) years in prison for a private equity magnate and his former accountant whose $3.4 million tax dodge was exposed in the Panama Papers, saying the two elderly men need to serve significant time to promote respect for U.S. tax law.

Private equity manager Harald Joachim von der Goltz, 83, and his former accountant Richard "Dick" Gaffey, 75, have both admitted to concealing von der Goltz's assets from the IRS with the help of Panamanian law firm Mossack Fonseca. Millions of the firm's documents were leaked to the press in 2016, providing a glimpse into how the world's powerful hide their wealth offshore.

The pair are scheduled to be sentenced in September, and have both argued that their age and health conditions warrant lower sentences. In recent filings, federal prosecutors said that while neither man should serve the eight years called for by the U.S. sentencing guidelines, both should spend multiple years behind bars.


Prosecutors told U.S. District Judge Richard M. Berman that they would not oppose delaying the start of prison sentences for the two men, depending on the severity of the pandemic at the time. However, they asked the judge to impose unspecified sentences longer than two years on both men.
Have a Criminal Tax Problem?