Do You Want Your Philly Cheese Steak With or Without Tax Fraud? 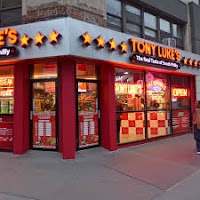 Two of the owners of the landmark Philadelphia cheesesteak spot Tony Luke's have been charged with carrying out an $8 million tax dodging scheme that involved false reports to government authorities and under-the-table payments to employees, federal prosecutors announced Friday.
According to DoJ, Owners of Philadelphia Cheesesteak Restaurant Indicted for Tax Evasion Allegedly Concealed $8 Million in Sales and Paid Employees “Off the Books” A federal grand jury in Philadelphia returned an indictment that was unsealed on July 24, 2020, charging the owners of a popular cheesesteak restaurant with conspiracy to defraud the IRS, tax evasion, and aiding and assisting in filing false tax returns.
According to the indictment, Anthony Lucidonio Sr., and his son, Nicholas Lucidonio, both of New Jersey, owned and operated Tony Luke, a cheesesteak and sandwich restaurant located in South Philadelphia. From 2006 through 2016, the Lucidonios allegedly hid from the IRS more than $8 million in receipts by depositing only a portion of Tony Luke’s receipts into business bank accounts and filing with the IRS false business and personal tax returns that substantially understated their income. 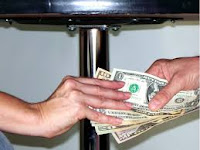 The indictment further alleges that the Lucidonios committed employment tax fraud by paying employees a portion of their wages and salaries “on the books” for some hours they worked, but then paying substantial additional wages for the remaining hours worked “off the books” in cash, without withholding and paying to the IRS the required employment taxes. From 2014 through 2015, they also allegedly filed false quarterly employment tax returns with the IRS substantially understating wages paid and taxes due.
It is also alleged that after a dispute over franchising rights arose between the Lucidonios and another individual in 2015, the Lucidonios, concerned that their tax fraud scheme would be revealed, amended prior year tax returns to increase reported sales, but then falsely offset the increased income by inflating expenses.
If convicted, the defendants face a maximum sentence of five (5) years in prison for the conspiracy charge and each count of tax evasion (50 yrs), and three years  (3) in prison for each false return charge (30 yrs). Defendants also face a period of supervised release, restitution, and monetary penalties.
An indictment merely alleges that crimes have been committed. The defendants are presumed innocent until proven guilty beyond a reasonable doubt.
Have a Payroll Tax Problem? 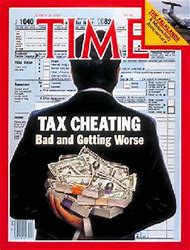