We previously posted Mossack Fonseca Affected Taxpayers with Potential Exposure Should Consult with Counsel To Consider Their Legal Options Now! where we discussed that on May 6, 2016 the ICIJ announced that the unknown source behind a leak of 11.5 million financial and legal documents regarding shell companies from the Panamanian law firm Mossack Fonseca has offered to provide the same documents to governments that he gave to a team of reporters.

Now the law firm at the heart of the Panama Papers revelations has decided to close its offices in the British-dependent territories of Jersey, Isle of Man and Gibraltar.

The firm Mossack Fonseca said that it will consolidate its branch and service office network following the Panama Papers leak in April, which revealed how Mossack Fonseca helped clients, including world leaders such as Argentine President Mauricio Macri and associates of Russian President Vladimir Putin, to establish anonymous shell companies.

Mossack Fonseca "will be ceasing operations" in those territories, "but we will continue serving all of our clients", it said. "This decision has been taken with great regret, as Mossack Fonseca has had a presence in these locations for more than 20 years," the Panama-based law firm added. The office closures were part of a strategy to "consolidate our service office network," it said. 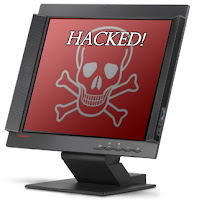 More than two thousand entities were linked to Gibraltar in the “Panama Papers” online database; however, in a disclaimer, its publishers, the International Consortium of Investigative Journalists, stressed there are legitimate uses for offshore companies, with no implication of wrongdoing.

Data from the leaked files ranked the U.K. as the country with the largest number of links to offshore firms. Some 17,963 of the 214,000 shell companies listed in the report can be traced to Britain, compared with 6,254 shell companies with links to the U.S., according to the data.

Even when only a subset of the stolen documents are publicized, the DOJ can often obtain additional, nonpublic material through grand jury subpoenas served on the entities or individuals that now possess the stolen files or through mutual legal assistance treaties to foreign authorities.

This raises the question of whether U.S. government investigators are able to make use of these "Privileged Materials" that appear to have been hacked from Mossack Fonseca, an overseas law firm?

Individuals with Potential Exposure Should Consult with U.S. and Local Counsel and Consider Their Legal Options Now!

Any arguments to preserve privilege should be presented as promptly as reasonably possible to minimize the potential for a judicial finding of waiver of privilege.
It may take months or even years for the full implications of such leaks to be clear, but for those who anticipate potential legal exposure, the time for them to assess their legal options is now.
All U.S. Taxpayers with
"Unreported Income" or "Money"
in Offshore Accounts
Need To Come Clean NOW
BEFORE Their Illegal Activity is Identified!