Should You Execute a “Declaration of Consent” Requested By Your Swiss Bank? 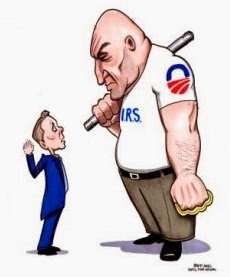 On Friday, June 20, 2014, we posted Is Their Benefit To Responding To Your Swiss Bank's Request For Confirmation Of Tax Compliance? where we discussed that taxpayers not to be fooled into thinking that answering these letters or providing this information will somehow prevent your account from being turned over to the U.S. Treasury Department, as an account associated with a US beneficiary, whether you respond to this banks request or not!

However having reflected on this Request for Consent; there is one instance where a US individual is otherwise compliant, it might not be a bad idea to comply with the Swiss banks request, so they can classify this particular account as US tax compliant.

This may have the additional benefit of possibly not resulting in this particular Swiss bank account being turned over to the US; since it will be classified by the Swiss Bank as "US tax compliant". But there's no guarantee of this result.

Picture this. You have an offshore account with a Swiss Bank that, for whatever reason, you haven’t gotten around to reporting on your U.S. tax return or on a FBAR. One morning, as you are sipping your coffee and checking your email inbox, you come across an ominous email from your Swiss Bank.

The subject line of the email immediately grabs your attention. It reads: “Important Information for U.S. Persons.” You open up the email and read the first three paragraphs:


You skip to the authorization form on the last page. If you sign the form, you discover that you would be waiving any protection under Swiss bank-client confidentiality laws and authorizing the bank to do the following:


Your heart skips a beat. “Did I read that correctly? The information could be used by law enforcement to prosecute me?” As all this begins to sink in, you begin to ask yourself the following questions,
The form that you received and have been asked to sign is called a “Declaration of Consent.” To understand its genesis and whether you have an obligation to sign it, it is necessary to take a slight digression in order to develop a basic understanding the FATCA Agreement between Switzerland and the United States.


I. Background Information: The FATCA Agreement Between Switzerland and the United States

On February 14, 2013, the Swiss Government and the United States signed an agreement for the implementation of the Foreign Account Tax Compliance Act of March 18, 2010 (“FATCA”) in Switzerland (“FATCA Agreement”). The purpose of the FATCA Agreement is to simplify the implementation of FATCA for Swiss financial institutions and, at the same time, give them permission to comply with the requirements of FATCA without breaching the bank secrecy inherent in the Swiss legal system.


a. The Model 2 Intergovernmental Agreement
In order to simplify the implementation of FATCA, the IRS has released two models of an intergovernmental agreement: Model 1 and Model 2. Model 1 provides for an automatic exchange of information between the tax authorities of the contracting states. Model 2 requires foreign financial institutions to report account information to the IRS based on a declaration of consent of the account holder.

Additionally, pursuant to Model 2, foreign financial institutions must report:
In other words, to the extent that the IRS submits a group request to the Swiss Federal Tax Administration (“FTA”), it may obtain information about non-consenting U.S. accounts that have been reported by means of the aggregate reporting procedure.


b. Basis of Obligations

The relevant section of the Swiss-U.S. FATCA agreement appears in Article 3: Switzerland shall direct all “Reporting Swiss Financial Institutions” to:


It is this section of the FATCA Agreement that authorizes the bank to seek your consent to disclose your account information to the IRS directly.

The short answer is, “no.” In other words, even if your account passes the “duck test” for being a reportable U.S. account (i.e., If it looks like a duck, swims like a duck, and quacks like a duck, then it probably is a duck), you can still refuse to sign the declaration of consent. Absent your consent, the bank cannot report your account directly to the IRS.

However, as is the case with virtually everything when it comes to intergovernmental agreements, the consequences of refusing to consent can be severe. For this reason, a person should only refuse consent if his account is not considered to be a reportable U.S. Account under the Swiss-U.S. FATCA Agreement.


“Non-Consenting U.S. account holders” are subject to the following parade of horribles:

How do you know if your account is considered to be exempt from reporting? Annex II of the FATCA identifies certain categories of entities and products that are exempt or deemed FATCA compliant, because they are considered to present a low risk of being used by U.S. persons to evade U.S. taxes. Therefore, no reporting obligations exist under FATCA for these accounts and products.
The following categories of accounts and products are excluded from the definition of “Financial Account.” Therefore, they are not considered to be reportable U.S. Accounts under the Swiss-U.S. FATCA Agreement:


The issue becomes whether your account can be “shoe-horned” into one of the aforementioned exceptions to the definition of “Financial Account.” Assuming that it can — i.e., perhaps it satisfies the definition of being a retirement account held by an exempt beneficial owner — then it would not qualify as a reportable “U.S. Account” for purposes of the Swiss-U.S. FATCA agreement. And if it does not qualify as a reportable U.S. Account, then the Swiss Bank has no right insisting that you execute a Declaration of Consent.


On the other hand, if your account cannot fit into any of the narrowly-carved exceptions to the definition of “Financial Account,” then it would be considered a reportable U.S. Account. And if it is considered a reportable U.S. Account, then the Swiss Bank has a legal duty to obtain your consent.
Some of the pitfalls to avoid are the following. First, don’t try to fit a square peg into a round hole. If your account is clearly a wealth management account, then no matter how hard you try to classify it otherwise, it is still going to be a U.S. Account, subject to reporting.


Second, do not overlook two critical conditions that must exist before the accounts or products listed above can be exempt from reporting. These conditions are as follows:
Because there is no greater trap for the unwary, let’s consider an example. Beth is the beneficial owner of an IRA that was purchased from a company called “AdvantaIRA Trust,” based in Florida. The IRA is funded by currency cash notes, which are stored inside a vault at a Swiss bank. Thus, the funds are held offshore, but the IRA itself is located in the United States.

While Beth’s IRA clearly satisfies the definition of being a retirement account held by an exempt beneficial owner, it would still be considered a reportable U.S. Account under the Swiss-U.S. FATCA Agreement. Why? Because it was established in the United States, and not in Switzerland. The fact that the source of funding for the IRA is cash notes stored in an offshore bank vault is meaningless. Therefore, the bank has a legal duty to obtain Beth’s consent.
III. Withholding Obligations

Conclusion
The Swiss-U.S. FATCA Agreement is complicated. Be sure to seek legal advice before responding to a declaration of consent.

Need Advice on Your Swiss Banks' Request
for a Declaration a Consent?