The Treasury Department announced February 5, 2014 Canada and Hungary to implement the Foreign Account Tax Compliance Act, or FATCA, in an effort to discourage offshore tax evasion.
The Republican National Committee recently voted to call for the repeal of FATCA and plans to make it a campaign issue this year (see FATCA Implementation Unimpeded by Republicans!)


In an effort to alleviate the concerns of foreign governments about their own bank secrecy laws, the Treasury Department has been negotiating a series of intergovernmental agreements under which it also agrees to share information about their citizens and residents who have accounts at U.S. banks.

In addition to the latest agreements were signed with Canada and Hungary, agreements with Italy and Mauritius to exchange tax information were also recently assign since December 2013. So far, the U.S. has signed 22 intergovernmental agreements and has 12 agreements agreed to in substance to date.

“FATCA implementation is critical to combatting international tax evasion and promoting transparency,” said Deputy Assistant Secretary for International Tax Affairs Robert B. Stack in a statement. “The agreements announced today clearly demonstrate the considerable international support behind FATCA and we are proud to lead the global charge on this pressing issue.”
Canada, Hungary, Italy, and Mauritius, signed reciprocal Model 1 agreements. This means that the U.S. will also provide tax information to these governments regarding individuals and entities from their jurisdictions with accounts in the United States. 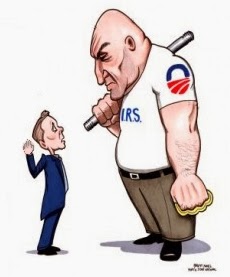 Accounting Today
Posted by Ronald A. Marini, Esq. at 7:28 AM