US Banks Fail To Block FATCA!

On Monday, January 13, 2014 the District Court in the District of Columbia dismissed a challenge filed by the Florida Bankers Association and Texas Bankers Association challenging 2012 amendments to the Department of the Treasury’s interest-reporting regulations.
The regulations require U.S. banks to report to the Internal Revenue Service (IRS) information about accounts earning more than $10 of interest beginning in 2013 that are held by nonresident aliens of all countries with which the United States has a tax treaty or other information exchange agreement.  These new reporting requirements help the US’ ability to comply with requests from its treaty and exchange partners and implement the FATCA.

“This ruling advances the Department of Justice’s and Internal Revenue Service’s continuing efforts to pursue taxpayers trying to evade taxes through offshore accounts,” said Assistant Attorney General Kathryn Keneally of the Tax Division.  “The court’s opinion today represents an important step in our commitment to work with our treaty partners to eliminate cross-border tax evasion.”

The court upheld the regulations’ 2012 amendments, finding that the IRS “reasonably concluded that the regulations will improve U.S. tax compliance, deter foreign and domestic tax evasion, impose a minimal reporting burden on banks, and not cause any rational actor, other than a tax evader, to withdraw his funds from U.S. accounts.”
The court’s decision affirms the IRS’ ongoing efforts to close the tax gap through cooperative measures with foreign governments, including the 2012 amendments. 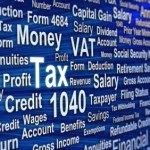 US Department of Justice