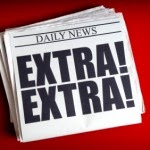 We were interview by Yahoo Finance for their article Time to Debunk the Myth of the Tax-Free Expat; and we have provided some excerpts and some corrections below:

Many people dream of what it might be like to pack up everything and move abroad. Currently, there are more than 6.3 million Americans who have done just that, keeping their U.S. passport but building a new life in one of more than 160 countries around the world.

And recently, a growing wave of residents are taking the biggest plunge of all, giving up their American citizenship altogether. The number of annual renunciations has increased ten-fold since 2006, with a record 3,000 Americans giving up their U.S. passports in 2013 alone, according to data released by the Treasury Department this week. (See US Expatriation Increases By 221%).

But if their primary motivating factor for living abroad is to avoid taxes, Americans might be disappointed. Unless you've completely renounced your citizenship, non-U.S. residents abroad still have to file federal income taxes, whether or not their income is coming from the States, and even if they're already paying foreign income taxes.

As it stands, people earning less than $97,600 in foreign income are exempt from paying U.S. income taxes. That does not, however, mean they don’t have to file taxes. And that’s where the confusion begins for many expats.

“It’s very difficult to understand why you have to file when you don’t have to pay any taxes,” says Ronald Marini, a tax attorney based in Miami who deals with tax compliance. “You could be earning $90,000 in Spain, paying income taxes there and doing nothing wrong. If you forget to file taxes in the U.S. or you got confused, even with your exemption, you are still on the hook for penalties for failing to file.”

Failing to file federal taxes is one of the most common and costly mistakes that Americans who move outside of the country make.

IRS penalties start at $10,000 (if the IRS decides wage earners weren’t willfully neglecting to file) and go up to $100,000, or 50% of your total foreign account balances if they decide wage earners failed to file without reasonable cause.

But even if Americans living abroad are current with their taxes, the cost of filing itself can be steep.
Filing even the most basic tax return from overseas can cost anywhere from $3,000 to $7,500, Marini says, depending on whether they hire a tax preparer or an attorney to help guide them through the process.

To crack down on tax evasion, the U.S. established the Foreign Accounts and Tax Compliance Act (FATCA), to take effect this summer, which will make it tougher to hide from the IRS. No doubt the new regs will help the agency catch a lot of bad guys, but it will also complicate matters even more for law-abiding Americans living abroad.

In addition to reporting their regular income on a tax return, they have to file separate forms detailing each of their financial accounts holding $10,000 or more. And for the first time, foreign banks themselves will have to report any bank accounts held by Americans to the IRS, making it harder for tax evaders to slip through the cracks.

Here are a few guidelines: If your overseas income falls under the $97,600 threshold for income tax exemption, or your actual tax liability is less than $1,500, there is a way to “come quietly” and avoid getting into trouble with the IRS.  It’s called the Streamline Version of the Offshore Voluntary Disclosure Program (OVDP), which the IRS set up a couple of years ago to help non-U.S. residents correct past tax returns.

If you’re approved by the IRS for the OVDP, you can amend up to three years of past Form 1040 tax returns and six years of past FBAR reports. The Streamline isn’t the right path for all taxpayers, especially those who have a tax liability greater than $1,500. They should consider other alternatives such as the Offshore Voluntary Disclosure Program (OVDP).  It’s best to consult a CPA or tax attorney to help decide a course of action.

The sooner you act, the better. Foreign banks and financial service institutions will begin declaring U.S. citizen-held accounts to the IRS this July. When that happens, there will be no hiding from the tax man, Marini says.

“The voluntary disclosure program is only available until the IRS discovers they have an offshore account,” he says. “The moment the offshore banks start sending in reports that these people have accounts overseas, it’s too late for them to come clean because the IRS will already know.”