Why the IRS is Fed Up with Swiss Bankers! 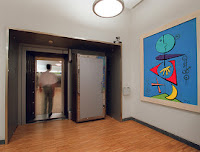 Working with a Swiss lawyer and others, the US businessman father arranged for over $12 million in the undeclared accounts to be left to his surviving spouse and five of his children, including Seggerman.

In addition, the Swiss lawyer thereafter assisted Seggerman’s siblings, including Suzanne Seggerman, Yvonne Seggerman, and Edmund Seggerman, in setting up undeclared Swiss bank accounts to hold the money left to them by their father.

Seggerman assisted his brother in surreptitiously transferring funds from the brother’s Swiss account to a bank account for a foundation controlled by Seggerman, who thereafter filtered the funds to the brother in the United States, labeling the transfer as “loans.”

We will continue to aggressively investigate and prosecute U.S. taxpayers, and those that assist them, in evading their obligations by hiding money in secret offshore accounts.”

Seggerman, 60, of New York, New York, and Los Angeles, California, pled guilty to one count of conspiracy to defraud the United States, one count of subscribing to a false and fraudulent estate tax return, and one count of aiding and assisting in the preparation of false tax returns for his brother. He faces a total maximum sentence of 11 years in prison.

In addition, Seggerman agreed as part of his guilty plea to make a payment of approximately $600,000 at the time of his sentencing, in partial satisfaction of the ultimate restitution obligation he faces at sentencing.

Suzanne Seggerman, Yvonne Seggerman, and Edmund Seggerman each previously pled guilty to one count of conspiracy to defraud the United States, and two counts of subscribing to false and fraudulent tax returns. Each faces a maximum sentence of 11 years in prison.


Have Un Reported Income From a Swiss Bank?
Want to get right with the IRS?