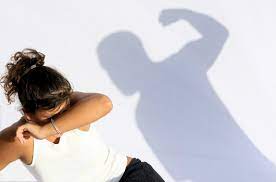 According to Procedurally Taxing, in Evert v. Commissioner, T.C. Memo 2022-48, the Tax Court addressed a statute of limitations defense raised by petitioner.  Petitioner had signed a Form 872 consenting to the extension of the statute of limitations on assessment; however, she argued that she did so under duress which invalidated the consent.

The IRS selected Ms. Evert’s 2015 and 2016 returns for exam.  She disagreed with the results of the examination and filed an administrative appeal upon receipt of the 30 day letter.

The court provided a paragraph of explanation of the Appeals Officer’s (AO) background.  Because the actions of the AO stood at the heart of the case, the background material assists in understanding the case.  He was former military, former SSA hearing officer, former attorney in private practice and former FBI agent before joining Appeals.  His background became important because his credibility was important in deciding whether he exerted undue pressure on Ms. Evert to sign the extension form.

The AO reached out to petitioner to schedule a conference and to gather information she might provide in support of her case.  She was somewhat slow in providing information.  Her case ended up on a report in Appeals showing cases in which the statute of limitations on assessment would expire in nine months and the AO decided that obtaining a statute extension would best serve this case. (For most Examination cases, there must be at least 365 days remaining on the statute of limitations when a case is received by Appeals (FAQ #12). 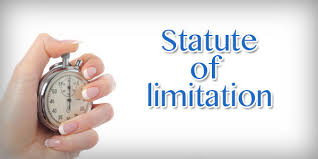 So, the AO wanted closure or more time on the statute of limitations and Ms. Evert wanted more time to respond to the request for information.  Each side needed something but the IRS had what some might consider the upper hand since it could issue the notice of deficiency if its comfort level dipped too low.  To gain more time to work with Appeals, Ms. Evert signed the consent form.  Did the pressure to do so exceed the normal pressures that exist in this situation?  That’s what the Court has to decide.

The burden to show that the AO obtained the consent by duress falls on Ms. Evert.  The Court quoted from an old Board of Tax Appeals case, Diescher v. Commissioner, 18 B.T.A 353, 358 (1929) to define duress.

In Diescher the Court found that the taxpayer signed the waiver under uress because the IRS threatened to impose the fraud penalty if he did not sign.  The Tax Court has also held on numerous occasions that simply advising a taxpayer that an assessment will occur without a consent to extend does not rise to the level of duress.

Here, the court found that petitioner failed to meet her burden.  The AO simply informed her that he would close her case without a consent holding open the statute.  In finding this the Court accepted the testimony of the AO as credible and found petitioner’s testimony about statements made by the AO too vague to overcome the AO’s credible testimony about his actions.  The Court distinguished Diescher because it found no evidence that the request to sign the consent was coupled with a threat of the imposition of a penalty of the taxpayer withheld consent.

Cases challenging agreements whether the consent to extend or some other type of agreement put a relatively heavy burden on the taxpayer seeking to show the signing resulted from some wrongdoing on the part of the IRS.