The Treasury Inspector General for Tax Administration (TIGTA) released its report - The IRS Primarily Uses Lien Foreclosures When Pursuing Principal Residences, Which Do Not Provide the Same Legal Protections as the Seizure Process.

The report found that in Fiscal Year 2020, the IRS used lien foreclosure suits more often than seizures when pursing principal residences, which do not provide the same legal protections as seizures. 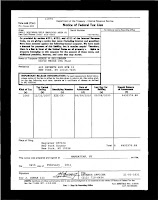 Additionally, TIGTA reviewed 96 lien foreclosure cases identified on the IRS’s eApproval system between October 1, 2018, and September 30, 2020, that were in litigation status as of January 12, 2021, and 35 suit recommendations that were in declined status during this same time frame. Revenue officers generally followed procedures and internal controls; however, TIGTA identified some instances in which procedures and internal controls were not followed or were not clear. For example, TIGTA identified instances in which revenue officers were asked to make revisions on suit packages, but improper or untimely actions prevented the IRS from filing suit. TIGTA also identified cases in which suit packages were missing required forms or case actions were not timely.

TIGTA made five recommendations, including recommending that the IRS work with the Department of the Treasury Office of Tax Policy to consider a legislative proposal to amend the law (I.R.C. § 7403) so that taxpayers are afforded the same rights and protections whether the IRS is conducting a Federal tax lien foreclosure or a seizure on their property. Additionally, TIGTA recommended that the IRS make several updates to the Internal Revenue Manual to ensure that Field Collection managers and employees take timely and proper case actions when determining whether to recommend a suit to foreclose on a taxpayer’s property.

The IRS agreed with four of the five recommendations. However, the IRS disagreed with TIGTA’s recommendation to work with the Department of the Treasury to consider a legislative proposal. The IRS’s view is that, while each process has its own advantages and disadvantages, each ensures taxpayers’ rights are protected. TIGTA continues to believe that similar legal protections are needed for both processes.