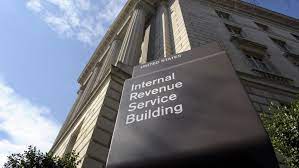 The IRS will see a $675 million funding increase in fiscal year 2022 that will allow it to focus more resources on providing taxpayer services under a $12.6 billion budget that President Joe Biden is expected to sign by Tuesday.

House lawmakers voted to give the agency its largest budget increase in two decades in an early morning vote Wednesday and the Senate put its stamp of approval on the budget legislation a day later, sending the measure to the White House.

The Measure Includes A Hefty 6% Increase Overall
For The IRS Although That Figure Falls Short Of The
Original 14% Increase Originally Proposed.

The measure does not include a tax title or provisions extending retirement security legislation.

The Internal Revenue Service budget was included in a $1.5 trillion omnibus appropriations bill, or H.R. 2471, to fund operations of the entire federal government through the end of September. Biden is expected to sign the legislation next week, a White House spokesperson said, adding that he plans to sign a separate, short-term continuing resolution bill Friday to keep the government open through March 15.

"This 6.7% Increase Is The Largest In Four Years
For Nondefense Programs," Leahy Said. "
The IRS budget makes up the largest portion of the U.S. Department of the Treasury's $14.3 billion budget for 2022. Treasury's budget would be roughly $811 million above last year's funding level, allowing Treasury's Inspector General offices to boost oversight of the IRS and other agencies.

The IRS budget also includes several policy directives added by lawmakers to increase their oversight of the agency's activities.

The legislation also would allow the agency to increase funding for taxpayer services by transferring funds from enforcement and operation support activities. It would also give the agency the authority to hire additional staff to work on the backlog.