Top 1% Fail To Report a Fifth of Their Income 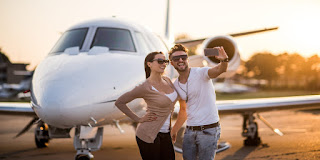 According to Law360, the IRS underestimated the income that the top 1% of earners fail to report to the agency in its random audit program, finding they fail to report more than 20% of their income, according to a paper released on March 22,2021.

The paper was prepared by researchers at the National Bureau of Economic Research in conjunction with researchers at the Internal Revenue Service. They examined the agency's National Research Program, which conducts the random audits, between 2006 and 2013 and found that those examinations often don't uncover the full extent of wealthy individuals' tax avoidance.

The report estimated that about 21% of the top 1% of earners' income goes unreported in the program, almost a third of which can be attributed to "sophisticated evasion" that is undetected by the agency's random audits. The share of taxpayers' income that goes unreported is greater for upper-income earners, most likely due to a lack of IRS information on foreign bank accounts and resources at the agency to examine more complex tax planning, according to the report.

The wealthiest Americans are able to evade paying their full share of taxes because the IRS' random audit process isn't equipped to examine more complicated pass-through entities, according to the report.

The IRS' Random Audit Program Wasn't Created With The Idea That It Would Be Used To Examine And Uncover Tax Avoidance By The Wealthiest Taxpayers, The Report Said.

The authors noted that the IRS might be limited in the resources needed to conduct audits of high-income earners who may have engaged in complex tax planning. They also said that conducting those kinds of examinations can be costly, whether they lead to litigation or a more strenuous audit process. Those factors "can pose practical limits on the extent to which the tax authority can pursue these types of tax evasion by high-income people," according to the report.

The IRS should invest in new audit tools that could help the agency uncover unreported income in the most complex scenarios involving wealthy taxpayers, as that may help the agency "generate substantial tax revenue," the report said.

The report detailed how wealthy taxpayers may be avoiding taxes through foreign bank accounts and pass-through entities. But there could be other ways that high-income earners evade taxes, such as the use of syndicated conservation easements or microcaptive insurance schemes, the report said.

"The potential existence of many more such schemes underscores the main point of our theoretical results, that we should expect sophisticated evasion to be concentrated at the top of the income and wealth distribution," the report said.

Another group published a report that found audits of high-income individuals and corporations by the IRS to be at an all-time low. The Transactional Records Access Clearinghouse, a research organization associated with Syracuse University, said less than two out of every 100 taxpayers reporting more than $1 million of income were audited last year. The group attributed the decline in audits to fewer revenue agents at the IRS.