According to DoJ, a former U.S. resident and taxpayer who was charged along with three others in connection with a decades-long criminal scheme perpetrated by Mossack Fonseca & Co. (Mossack Fonseca), a Panamanian-based global law firm, and its related entities, pleaded guilty on February 18, 2020 to wire and tax fraud, money laundering, false statements and other charges.

“Today’s Guilty Plea Demonstrates The Department’s Steadfast Commitment To Prosecute Taxpayers Who Use Offshore Structures To Obscure Their Wealth And Evade Their Tax Obligations.” 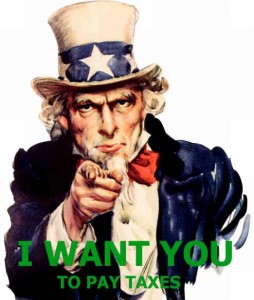 “Harald Joachim von der Goltz went to extraordinary lengths to circumvent U.S. tax laws in order to maintain his wealth and hide it from the IRS,” said U.S. Attorney Geoffrey S. Berman of the Southern District of New York.

“Using the specialized criminal services of global law firm Mossack Fonseca, von der Goltz set up shell companies and off-shore accounts to conceal millions of dollars. Now, after years of concealment from the United States, von der Goltz has admitted guilt in a U.S. court and awaits sentencing that could result in a term in a U.S. prison.”

According to the allegations contained in the indictments, other filings in this case and statements during court proceedings, including von der Goltz’s guilty plea hearing, since at least 2000 through 2017, von der Goltz conspired with others to conceal his assets and investments, and the income generated by those assets and investments, from the IRS through fraudulent, deceitful and dishonest means.

During all relevant times, von der Goltz was a U.S. resident and was subject to U.S. tax laws, which required him to report and pay income tax on worldwide income, including income and capital gains generated in domestic and foreign bank accounts.

Gaffey is scheduled to proceed to trial on March 9, 2020, before Judge Berman.

for a FREE Tax Consultation contact us at
www.TaxAid.com or www.OVDPLaw.com
or Toll Free at 888-8TaxAid (