According to Law360, The U.S. Senate passed an expansive tax cut bill early Saturday that is projected to add more than $1 trillion to the deficit, after garnering enough support from faltering and fiscally conservative Republicans.
The Tax Cuts and Jobs Act, or H.R. 1, passed by a vote of 51-49, with Sen. Bob Corker, R-Tenn., being the only Republican to vote against the bill. No Democrats voted in favor of the bill.


“We are one step closer to delivering MASSIVE tax cuts for working families across America," he tweeted. "Special thanks to @SenateMajLdr Mitch McConnell and Chairman @SenOrrinHatch for shepherding our bill through the Senate.
Look forward to signing a final bill before Christmas!”

The legislation, which still has to be reconciled with the version passed by the U.S. House of Representatives on Nov. 16, would permanently reduce the corporate tax rate to a flat 20 percent from the current 35 percent top rate, sunset individual tax cuts in 2026 and repeal the Affordable Care Act’s penalty for individuals who fail to purchase health insurance.

An early Friday amendment to the legislation, to win over Sens. Ron Johnson, R-Wis., and Steve Daines, R-Mont., would introduce a 23 percent deduction for pass-through businesses, which pass their income on to owners to be taxed at individual income tax rates. The deduction would bring the top effective tax rate for pass-through businesses to 29.6 percent from the current 39.6 percent.

Other significant changes made to the bill since it was first unveiled on Nov. 9 include an agreement that Sen. Jeff Flake, R-Ariz., struck with the GOP leadership to phase out full expensing for businesses during the last five years of the bill’s 10-year budget window instead of letting it expire it after five years, and amendments from Sen. Susan Collins, R-Maine, to deduct up to $10,000 in state and local property taxes, reduce the threshold for deducting medical expenses from 10 percent of income to 7.5 percent, and eliminate catch-up contributions to retirement accounts for employees at churches, schools and charities who earn less than their private-sector counterparts.

Another major change affecting multinational corporations, purportedly to help pay for the larger pass-through benefits, is an increase in the earlier proposed rates aimed at encouraging businesses to invest profits stashed overseas in the U.S. The new bifurcated repatriation rates are 14.5 percent for cash and 7.5 percent for illiquid assets, up from 10 percent and 5 percent, respectively, in the original Senate bill. 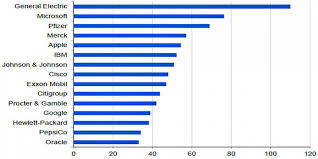 The Joint Committee on Taxation, Congress’ official nonpartisan scorekeeper of tax bills, released revenue effects of the last-minute modifications to the tax bill one hour after it was passed. Reinstating the corporate alternative minimum tax is forecast to provide an additional $40.3 billion of revenue over 10 years, while reinstating the individual alternative minimum tax with increased exemption amounts and phaseout thresholds would give the Republicans $132.9 billion to help close the revenue gap in the bill. The changes to the repatriation rates would also generate $113.3 billion.

Allowing deductions for state and local property taxes would cost approximately $148.4 billion and increasing the deduction for pass-through entities is estimated to cost an additional $114 billion over the next decade, according to the JCT.


The Congressional Budget Office released a
Preliminary Estimate of the Senate tax bill shortly before midnight on Friday, saying that the measure would
Add $1.447 Trillion to the Deficit Over 10 Years.

The Tax Cuts and Jobs Act would also shift the U.S. to a territorial tax system, under which income earned abroad by U.S. parent corporations would not be taxed within the U.S.

The senators’ late-night session of voting on amendments resulted in a 29-71 rejection to a proposal from Sens. Marco Rubio, R-Fla., and Mike Lee, R-Utah, seeking a 20.94 percent corporate rate in exchange for making the child tax credit refundable. The nearly one percentage point difference in the corporate rate could have generated approximately $87 billion and made “a huge difference” to Americans earning between $20,000 and $50,000 annually, according to Rubio, who, along with Lee, ultimately did not to withdraw support for the bill.

A Thursday report from the JCT said the bill would produce only about 0.8 percent of GDP growth over 10 years and pay for just about a quarter of the cuts. The net cost of the bill would add $1 trillion to the deficit over 10 years, according to the JCT’s dynamic scoring.


The JCT Confirmed that the Tax Cuts for Individuals would Sew Havily to Tose Erning More Than $1 million.
While more than 80 percent of such taxpayers would see their taxes decrease by at least $500, significantly fewer than half of those making less than $50,000 would save at least $500 under the tax bill in 2019. For those earning less than $50,000, the bill would result in less than a $100 shift in their tax burdens, and in ten years from now, taxpayers earning less than $100,000 are more likely to see a tax increase or a decrease of less than $100, the JCT said.


Need Advice on How This Tax Cut Can Benefit You?