2015 Posts the Deepest Decline in Offshore Investments in 10 years! 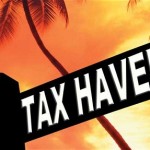 Companies invested $221 billion into shell companies last year and investment flows to offshore tax havens such as the Cayman Islands and the British Virgin Islands fell somewhat, to $72 billion, according to the United Nations Conference on Trade and Development reported on May 3, 2016.

The first three quarters of 2015 showed a rise in investment flows to so-called special purpose entities in low-tax jurisdictions, which have little connection to local economies and are often used by international businesses to raise capital, according to this new data from UNCTAD. This could be due to shifting investments to avoid the Common Reporting Standard (CRS) obligation, by re-domicile foreign trusts and entities to countries that do not participate in CRS? 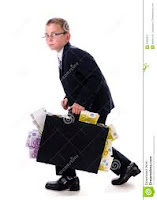 But a massive funds exodus from such companies in the final three months of the year, which is also the biggest quarterly withdrawal in the past 10 years, resulted in the annual total investment to be down from its 2014 level. This report stated that new rules adopted by Luxembourg and the Netherlands regarding transfer pricing, the economic substance of transaction and information exchange may have played a role.
The role of overseas shell companies to defer corporate earnings for U.S. businesses has grown in recent years,. Foreign investment by the U.S. to holding companies in Bermuda, Ireland, Luxembourg, the Netherlands, the U.K. and British islands rose to 59 percent of the US's outbound foreign direct investment last year, compared to about 40 percent a 10 years ago, according to the report.