Tax On Late-Filed Forms Not Dischargeable in Bankruptcy! 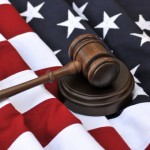 According to Law360, the Eleventh Circuit said Wednesday that an individual's tax debts were not dischargeable in bankruptcy because his tax returns were filed after the due date and thus do not constitute an honest and reasonable attempt to satisfy the requirements of the tax law.

The appellate court said it joined with the Fourth, Sixth, Seventh and Ninth Circuits in finding that delinquent tax returns fail the fourth prong of the so-called Beard test, which determines if a tax return is valid for purposes of discharging tax debts in bankruptcy.

"Failure to file a timely return, at least without a legitimate excuse or explanation, evinces the lack of a reasonable effort to comply with the law," Judge R. Lanier Anderson said in the court's unpublished opinion.