It Must Be The Time To Expatriate?

We previously posted on April 8, 2015, Is it Time to Expatriate?  where we discussed that the list of recent US expatriates’ is a diverse: one of the world’s greatest soul singers; a best-selling author, a professional basketball player, architects, artists, lawyers, retirees and financiers. The register of individuals who have “chosen to expatriate”, as the US puts it, shows an increase in the number of Americans who are renouncing their US citizenship or turning in their green card. 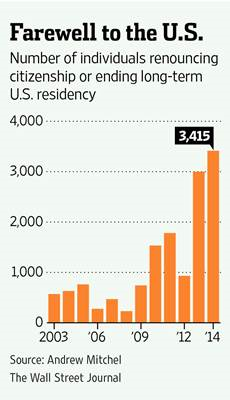 When the number reached 3,415 last year it was a record, although the figures are still tiny, especially in comparison with those being granted US citizenship, nearly 780,000 in 2013. But it is also the case that the numbers have risen more than 10-fold since 2008.

However, the percentage of Americans Expatriating increased by almost 20% in the first quarter of 2015, according to IRS's quarterly list, for the quarter ending March 31.2015, of individuals who have chosen to expatriate.

The 1,335 Expatriations in the quarter ending March 31, 2015 is a new record. These Americans are driven to turn in their passports in part because of laws that have expanded bank reporting and tax compliance requirements for expatriates. 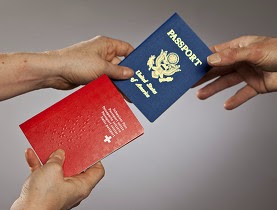