Swiss Private Wealth Escapes To The Bahamas & the BVI.

The Bahamas has enjoyed an “influx” of private wealth management business due to a change in Swiss banking laws, a senior accountant warning the Bahamas that as a result, it would continue to face external pressures for greater regulation and transparency.
Michelle Thompson, managing partner at Ernst & Young (Bahamas), said We’re seeing an influx of some of that wealth to the Bahamas a result of those engagements.” Private wealth management will change as a result of FATCA and the exchange of information. “Recently, the US government, from its conversations with the Swiss government, is able to go directly to the Swiss banks and demand that that information be disclosed. 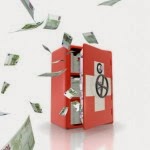 We posted Offshore Swiss Bank Account? This May Be Your Last Chance To File A Voluntary Disclosure!  regarding that as of January 2014, The United States Justice Department has received 106 requests from Swiss entities to participate in a settlement program aimed at ending a long-running probe of tax-dodging by Americans using Swiss bank accounts according to a senior US official.

Concurrently with this influx of Private Wealth to he Bahamas; the British Virgin Islands got more foreign direct investment last year than the major emerging economies of India and Brazil combined, a UN survey said on Tuesday January 28, 2014.  It welcomed US$92 billion of foreign cash last year, according to preliminary figures compiled by the Geneva-based UN Conference on Trade and Development (UNCTAD) think tank.That was the fourth-biggest haul of investment globally. The world’s biggest economy, the US, attracted US$159 billion.
For most countries, foreign direct investment mainly consists of companies spending on cross-border corporate acquisitions and new overseas projects. However, for the British Virgin Islands, most of the money is transferred quickly in and out of the country or cash moved through the treasury accounts of large firms, which UNCTAD terms “transnational corporations” (TNCs).


The islands’ annual inflow of foreign investment was up 40% from a year ago and continues a trend that took off after the economic crisis struck and governments began cracking down on tax avoidance.


UNCTAD investment and enterprise division director James Zhan saidthe British Virgin Islands’ boom in investment would be unlikely to continue at the same pace because regulators were determined to stop such flows.
The continued flows to the islands, which UNCTAD has previously referred to as a tax haven, is likely to keep it under the microscope of the G20 leading economies, which has said it wants to put pressure on “non-cooperative jurisdictions.”


The G20 has asked the Organisation for Economic Co-operation and Development (OECD) to lead efforts on curbing international tax evasion and avoidance, and the organization’s tax transparency forum has named the British Virgin Islands as one of five countries that failed to meet international standards on tax transparency.
Each of the five either failed to share taxpayer information with other countries or to gather information on beneficial ownership of corporate entities registered on their territory, or both.

The OECD has said big international companies, banks and agencies may think twice about investing through these jurisdictions. It is apparent that much of this Private Wealth Exodus, will mostly  have a short stay in the Bahamas; since it has agreed to enter into a FATCA Agreement. In our post Bahamas Agrees to Enter into FATCA Agreement With the US!,  we discussed that on August 12, 2013,  the Minister of Financial Services Ryan Pinder said that the Bahamas Government has agreed that the country will achieve compliance under the United States Foreign Accounts Tax Compliance Act (FATCA) by negotiating and entering into a Model 1 Intergovernmental Agreement (IGA) with the United States Department of the Treasury.

It is also apparent that much of this  Private Wealth Exodus, will mostly  have a short stay in the BVI as well; since it has agreed to enter into a FATCA Agreement. In our post BVI to comply with US FATCA!we discussed that the leader of the British Virgin Islands says the Caribbean territory
has started talks with the US Treasury to comply with a law designed to counter offshore tax evasion.

Have Un-Reported Income from Foreign Accounts?