We knew that since 2009 the IRS has automatically assessed a $10,000 penalty for late-filed Forms 5471's - Information Return of US Persons With Respect to Certain Foreign Corporations. However,
we have been receiving a lot of calls from businesses who have recently received penalty notices regarding late filed or non-filed Form 5472's.

Upon further investigation, we discovered that the IRS has updated its IRM 20.1.9, Penalty Handbook, International Penalties on March 21, 2013 to now include and Automatic Assessment of this $10,000 Penalty for Form 5472, Information Return of a 25% Foreign-Owned U.S. Corporation or a Foreign Corporation Engaged in a U.S. Trade or Business. 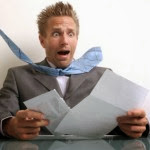