Earlier this month, a Swiss bank employee's two children were detained on arrival in the US on a visit to their grandparents, and questioned for several hours about their father's whereabouts. The incident has prompted Switzerland's data protection watchdog to forbid banks to pass any more employee information to the American authorities.

Hanspeter Thür has written to several banks to determine what data has already been transferred to the US Department of Justice and how they justified including telephone numbers and written correspondence.

“We have informed them that we are opening an analysis to verify the legality of the data transmitted to the US,” Thür told the Tages Anzeiger on Wednesday. “Until we have the results, we have demanded that no further bank employee data be sent to the US.”

In April, the Swiss government authorized some banks to transfer records after the US threatened to open criminal proceedings against them.

The data was supposed to be encoded to protect the identity of individuals, but it has since come to light that key information has been pieced together to reveal the names of client advisors and other bank employees.

Dozens of bank workers have sought legal advice, resulting in test cases being launched against the banks involved, the government and the Financial Market Supervisory Authority.

The Swiss Federal Prosecutor’s Office announced on Monday it had dismissed one case, saying there was nothing to indicate any laws had been broken.

Defending the government's April decision to allow the data transfer, Finance Minister Eveline Widmer-Schlumpf told the Tribune de Genève newspaper it was the only way to avoid "destroying workplaces".

If you have Criminal Exposure as a Swiss Bank Employee, contact the Lawyers at Marini & Associates, P.A. for a FREE Consultation at www.TaxAid.us or www.TaxLaw.ms or Toll Free at 888-8TaxAid (888 882-9243).


Call US before Uncle Sam finds you! 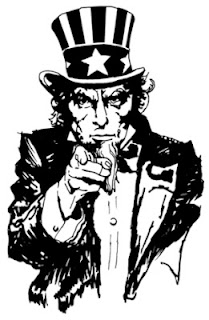