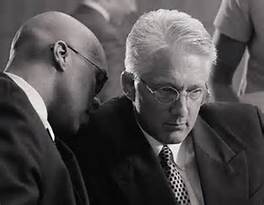 So often family members want to attend conferences with tax attorneys or want to be copied on emails. This is an area where tax attorneys need to be sensitive that this can cause a waiver of their attorney-client privilege.

This is exactly what happened in the case of U.S. v. Barbara Fairbank, case number 4:20-cv-00132, in the U.S. District Court for the Northern District of Florida, where the US government has now requesting a Florida federal court to compel a woman in a $554,000 foreign bank account reporting violations case to produce emails sent between her attorneys and her son because they aren't protected communications.

Emails between Barbara Fairbank's attorneys and the son, Keith Hagaman, aren't eligible for attorney-client privilege because Hagaman is a third party desirous of remaining neutral who wasn't proved to be an agent either of his mother or her attorneys, the government told the court Thursday.Therefore, the court should compel her to produce six emails sent between the attorneys and her son that she wishes to withhold, since they aren't eligible for that kind of protection, the government said.The government sued Fairbank in March 2020, contending that she willfully failed to report her overseas accounts and consequently owes a little more than $554,000 in penalties and interest.