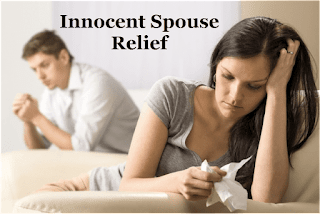 In an oral finding of fact and opinion in Momoudou Fatty v. Comm., Docket No. 3787-20S, the Tax Court has denied a taxpayer's petition for innocent spouse relief. The Court said, in one of the first cases to come after a change in Code Sec. 6015(e)(7)'s scope of review, that evidence given under oath and subject to cross-examination was "newly available evidence."

Individuals who are married may file a joint return with their spouse. (Code Sec. 6013(a)) Generally, spouses filing a joint Federal income tax return are jointly liable for the tax shown on the return. (Code Sec. 6013(d)(3))

However, in some situations, a joint return filer can avoid joint liability by qualifying for innocent spouse relief under Code Sec. 6015.

For petitions or requests for innocent spouse relief filed after June 30, 2019, any review of a determination under Code Sec. 6015 will be reviewed de novo by the Tax Court and will be based on:

When Mr. Fatty applied for innocent spouse relief, he was not able to give sworn testimony, and neither he nor Ms. Fatty was subject to cross-examination.

The Court took the opportunity to review newly discovered or previously unavailable evidence. In this case, the Court said that the evidence that Ms. and Mr. Fatty gave under oath and subject to cross-examination was "newly available evidence" because, when Mr. Fatty applied for innocent spouse relief, he was not able to give sworn testimony, and neither party was subject to cross-examination.

But the Court also cautioned that it "was not deciding this for all future cases," as the case was an S case. Presumably, the Court was saying that it was not making a binding decision on the Tax Court that evidence given under oath and subject to cross-examination is always "newly available evidence."