TC Holds That a U.K. Corp That Failed to File Return Is Not Entitled to Tax Deductions Nor Credits

A UK corporation was not entitled to deductions or credits against its U.S. income for 2009 and 2010 because it failed to submit returns for those years before the IRS prepared returns for it. The Tax Court also held that its interpretation of Code Sec. 882(c)(2) did not violate either the business profits article or the nondiscrimination article of the US-U.K. income tax treaty.

Adams Challenge (U.K.) Limited (“Adams”) was a U.K. corporation whose sole income-producing asset for 2009 and 2010 was a multipurpose support vessel. The vessel was chartered by a U.S. firm to assist in decommissioning oil and gas wells and removing debris on portions of the U.S. Outer Continental Shelf in the Gulf of Mexico.

During 2009 and 2010, Adams derived from the charter gross income of about $32 million, which the Tax Court determined was effectively connected with the conduct of a U.S. trade or business. The Court also found that the US-U.K. bilateral income tax treaty did not exempt that income from US taxation because the company had a permanent establishment in the US. However, Adams did not file Federal income tax returns for either 2009 or 2010. 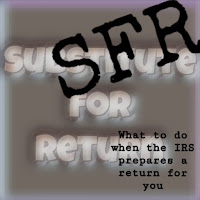 The Tax Court held that Adams was not entitled to deductions or credits to reduce its income tax for 2009 and 2010 because it didn’t submit returns as required under IRC Section 882(c)(2).

The Tax Court rejected Adams arguments that the IRS’s refusal to allow it to claim deductions and credits in these circumstances violated Articles 7(3) and Article 25 of the Treaty.

The Court Found That a Foreign Corporation is Entitled to Article 7(3) Deductions Only if it:
(1) Files A Return; and
(2) Files That Return Before The IRS
Has Prepared a Return For it.

The Court also found that Adams failed to show that the requirement to file returns under Code Sec. 882(c)(2) imposed a heavier burden on it than the burden on domestic corporations.

Although Adams argued that Code Sec. 882(c)(2) subjects it to more burdensome requirements because US companies do not forfeit all their deductions if they neglect to file returns by an “arbitrary deadline," the Court found that foreign corporations have more time to submit returns before the IRS disallows deductions and credits (e.g., foreign corporations have 23½ months after the close of their tax year to file returns before Code Sec. 882(c)(2) applies but domestic corporations must file their returns within 3½ month of the close of their tax year) and may preserve their rights to deductions and credits by filing protective returns reporting zero income and deductions.

Remember that where Adams was claiming a tax treaty position for only no US tax, they would still need to file corporate income tax return with a Form 8833 - Treaty – Based Return Position Disclosure.