The Dutch government announced on 29-05-2020 that it plans to introduce a withholding tax on dividends paid to tax havens in an effort to curtail tax abuse and dispel its image as a country that serves as a transit point for companies engaged in tax avoidance.

In 2024 the Dutch government is planning to introduce a new withholding tax on dividend flows to low tax jurisdictions. This will mark another big step in the fight against tax avoidance.

The New Tax Will Come on Top Of The Withholding
Tax To Be Imposed on Interest and Royalties From 2021. 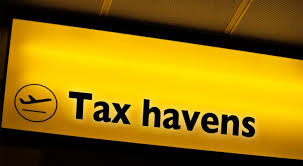 The New Tax Will Enable The Netherlands To Tax
Dividend Payments To Countries That Levy
Little or No Tax And Will Also Help Curb
The Use Of The Netherlands As A Conduit Country.

The measure will apply to financial flows to countries with a corporate tax rate of under 9% and to countries on the EU blacklist, even if the Netherlands has a tax treaty with them.

As State Secretary for Finance Hans Vijlbrief explains: ‘This additional withholding tax represents another major step in our fight against tax avoidance. Financial flows channeled from or through the Netherlands to another country where they are not or not sufficiently taxed, will soon no longer go untaxed. It’s now vital to make even better international agreements to prevent other countries being used for tax avoidance purposes.’

From 2021 interest and royalties will be subject to a withholding tax. This is one of the measures taken by this government in recent years to tackle tax avoidance. The effects of these measures are monitored wherever possible. This has revealed that, contrary to expectations, there are large dividend flows to countries that levy too little tax.

In 2016 they totaled 35 billion euros, and not 22 billion euros, as announced earlier. The figures for 2018 show that this amount has now risen to nearly 37 billion euros. The reason the initial estimate was too low is that earlier surveys by SEO Amsterdam Economics only looked at dividends paid out from current-year profit, whereas the Dutch central bank (DNB) also tracks retained earnings that may be paid out in later years. The withholding taxes on interest, royalties and dividends will specifically target these financial flows.

Need To Restructure Your Netherlands Companies? 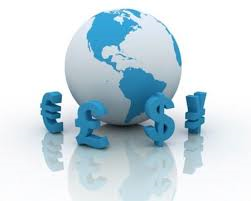 for a FREE Tax HELP Contact us at:
www.TaxAid.com or www.OVDPLaw.com
orToll Free at 888-8TaxAid﻿