The Tax Court has sustained in Roberts, TC Memo 2019-117 the IRS's denial of a request by married taxpayers for a face-to-face Collection Due Process (CDP) hearing. Because the taxpayers failed to participate in the originally scheduled telephone CDP hearing, the Court also sustained IRS's Notice of Intent to Levy.

An IRS determination regarding a proposed collection action will be sustained by the Tax Court unless the taxpayer proves there was an abuse of discretion by showing that the IRS determination was arbitrary, capricious, or without sound legal or factual basis. (Sego 114 TC 604 (2000)).
A taxpayer may request a face-to-face CDP hearing at the Appeals Office closest to the taxpayer's residence. A face-to-face hearing is allowed by regulations, but not required. (Katz 115 TC 329 (2000) ;  Reg. §301.6320-1(d) Q&A D-6) If the taxpayer wishes to offer a collection alternative, a face-to-face hearing will not be granted if the taxpayer is not in compliance with all filing obligations. (Reg. §301.6330-1(d)(2))


If A Taxpayer Has Been Given A Reasonable Opportunity For A Hearing, But Does Not Take Advantage Of That Opportunity, The Tax Court May Sustain IRS's Determination To Proceed With Collection On The Basis Of The Appeals Officer's Review Of The Case File. (Rivas, TC Memo 2012-20)


The IRS assessed a liability for tax, based on the married taxpayers' 2015 return an added applicable penalties, and interest. The IRS then issued to each taxpayer a Notice of Intent to Levy. The taxpayers' representative, a certified public accountant (CPA), timely requested a CDP hearing.

The taxpayers requested an offer in compromise or an installment agreement. IRS acknowledged this request, provided the taxpayers with contact information for someone who could answer any questions they had and assigned a settlement officer (SO) to the case.
The SO determined that the assessment for 2015 was properly made, that notice and demand were properly mailed to the taxpayers' last known address, that the taxpayers did not have any liability for other periods, and that they were in compliance with filing requirements.

On May 23, 2017, the SO mailed a letter to the taxpayers accepting their request for a CDP hearing. The letter stated the date for a telephone hearing and a date for submission of required documentation (including Form 433-A, Collection Information Statement for Wage Earners and Self-Employed Individuals), without which she could not consider collection alternatives, such as an offer in compromise, an installment agreement, or currently-not-collectible status.


The Couple's Representative, A CPA, Was Unavailable When the SO Called on the Hearing Date. (Not Professional & Not Good for the Taxpayer)
The CPA claimed to have requested a face-to-face hearing prior to the scheduled telephone conference, but had called the information contact originally given to the taxpayers, instead of the SO's telephone number which was on the initial CDP contact letter. (Send an e-fax the next time to document that you contacted the SO).

The SO informed the CPA that she would permit him to schedule a telephone hearing on July 12, 2017. Prior to that date, the CPA submitted to IRS by fax some financial information, including an unsigned Form 433-A. On the fax, the CPA again requested a face-to-face hearing, which the SO denied on July 14, 2017. On July 28, 2017, the SO issued a Notice of Determination Concerning Collection Action(s) Under Section 6320 and/or 6330 sustaining the proposed levy.
The taxpayers petitioned the Tax Court on August 28, 2017, arguing that a face-to-face hearing will ordinarily be offered to a taxpayer. On June 26, 2018, IRS moved for summary judgment with regard to the 2015 liability. Also on that date, the Tax Court directed the taxpayers to file a response to the motion. No response was filed.
The Court stated that it could grant IRS summary judgment solely based on the taxpayers' failure to respond to the motion, but that summary judgment was also appropriate on the merits.
The Taxpayers Failed To Request A Face-To-Face Hearing Prior To The Date Of The Initially Scheduled Telephone Conference, Did Not Reschedule The Telephone Conference, Did Not Timely Submit Complete Financial Documentation, And Continued To Request A Face-To-Face Hearing.
Therefore, the SO did not abuse her discretion in denying a face-to-face hearing; could not consider collection alternatives; and properly sustained the proposed levy.
This is a Great Example of How
Not To Handle A CDP Hearing! 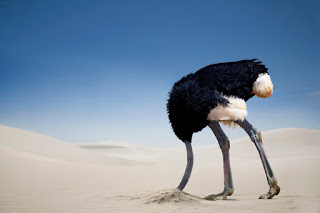 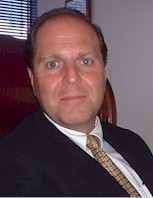