On January 2, 2019 the IRS updated its webpage entitled Instructions for Form 5471 (12/2018) where it lays out the numerous changes caused by the TCJA of 2017, which have now been incorporated into the updated form. 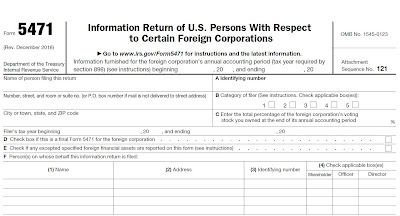