Ending Face To Face Appeals Meeting Not a Good Idea! 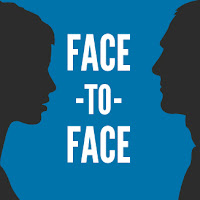 On September 20, 2016, we posted No More Face to Face Meetings at IRS Appeals Division?  where we discussed that the IRS announced that effective Oct. 1, 2016, it will rarely conduct Appeals Conferences in person. More specifically, Internal Revenue Manual (IRM) 8.6.1.4, blandly entitled “Conference Practices,” provides that ALL conferences will be held by telephone except under certain specific enumerated circumstances. Those circumstances are as follows:

The mission of the IRS Appeals Division is to “resolve tax controversies, without litigation, on a basis which is fair and impartial to both the Government and the taxpayer and in a manner that will enhance voluntary compliance and public confidence in the integrity and efficiency of the Service.”
We then stated:
"Unfortunately, This New Policy Will Not Further
That Mission, and Indeed Will Impede It."
Now Law360 agrees with us that the cash-strapped IRS' decision to reduce the number of in-person meetings it grants taxpayers during appeals may defeat the agency's goal to save resources if it is forced into litigation as a result of less effective communication by mail, telephone or videoconferencing.

Larry Campagna, a tax attorney and shareholder at Chamberlain Hrdlicka White Williams & Aughtry, said that the shift in the IRS' practice could backfire on the agency since in-person meetings are better than video and telephone conferences for establishing a rapport between parties, reading facial expressions, sensing the underlying reasons for confusion or disagreement, and gauging each party's level of commitment to reaching a resolution.

"You just don't function the same way over the telephone
as you do in person," Campagna said.
"Cases where you don't get a face-to-face meeting, by and large, will tend ... to be litigated, and it's just going to take more IRS time and talent to deal with the litigation, which couldn't be settled because of the awkwardness of telephonic conferences in appeals."

The IRS has said that the vast majority of its cases are resolved by telephone and that customer satisfaction surveys show that taxpayers' representatives actually prefer the convenience and speed of a phone call to having to meet at an office, which can sometimes be in a different jurisdiction than where the taxpayer or the representative is located.

Both the American Bar Association's Section of Taxation
and the Texas Society of Certified Public Accountants
have submitted letters to the IRS within the last month
to stress the importance of In-Person Conferences
to the Fairness of the Appeals Process.

Dan Dumezich, the national leader of federal tax controversy services at Deloitte Tax LLP, said that the denial of in-person meetings will not only impose greater costs on the IRS and taxpayers if settlements can't be reached, but that it will also increase the burden on tax courts and other judicial forums.

"For complex cases with major dollars, taxpayer-requested conferences should always be granted because part of what our government owes to taxpayers is the best opportunity to settle the case without litigation," Larry Campagna.

The IRS told Law360 in an email that its Office of Appeals does still meet with taxpayers in person and is open to expanding
the criteria for In-Person Conferences.

"We have been talking with external stakeholders as well as our employees to better understand the experiences of taxpayers. We have a meeting with external practitioners scheduled for July to get additional feedback," the agency said.

Greenaway, who said that he and his colleagues have been denied in-person meetings since October without having been given a reason why, credited the IRS for taking public feedback into account.
Have a Tax Problem?