IRS criminal investigations have decreased over the past few years in the wake of a steady staffing decline, with the 2016 fiscal year seeing fewer cases involving identity theft, money laundering and other financial crimes, according to an agency report released Feb. 27, 2017.

The agency’s criminal investigation branch initiated a total of 3,395 cases in 2016, down from 3,853 investigations it handled during the previous year, the Internal Revenue Service’s report said. 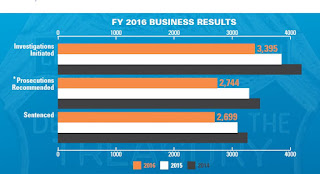 Pointing to “a clear trend” of staffing decline affecting the agency’s core mission tax work, the report noted that between 2011 and 2016, staffing levels for special agents and professional staff dropped by about 19 and 22 percent, respectively.


“The IRS continues to work to ensure that everyone is playing by the same rules and paying their fair share,” said IRS Commissioner John Koskinen. “The IRS is committed to fairly administering and enforcing the tax code, and our criminal investigators play a critical role in that effort.”


The CI report is released each year for the purpose of highlighting the agency’s successes while providing a historical snapshot of the make-up and priorities of the organization.


“Though the total number of cases has dropped for the third consecutive year due to fewer agents and professional staff, we have continued to find ways to become even more efficient and the quality of our cases has never been greater.”


CI is the only federal law enforcement agency with jurisdiction over federal tax crimes.

This year, CI again boasted a conviction rate rivaling
all of federal law enforcement at 92.1%.

That conviction rate speaks to the thoroughness of the investigations. CI is routinely called upon by prosecutors across the country to lead financial investigations on a wide variety of financial crimes including international tax evasion, identity theft, terrorist financing and transnational organized crime.


CI investigates potential criminal violations of the Internal Revenue Code and related financial crimes in a manner to foster confidence in the tax system and compliance with the law. The 50-page report summarizes a wide variety of IRS CI activity throughout the fiscal year and includes case examples on a range of tax crimes, money laundering, public corruption, terrorist financing and narcotics trafficking financial crimes. 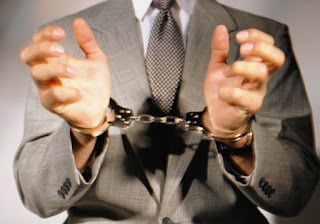