Why You Need An Experiance Tax Attorney To Successfully File a Petition to Quash an IRS Summons! - Part II

According to Law360, a group of taxpayers associated with a limited partnership under audit by the Internal Revenue Service lost their battle against the agency’s summonses for financial information when the U.S. Supreme Court declined to hear their appeal of their Eleventh Circuit loss on Monday.

The taxpayers had tried to argue that the high court had established a stricter standard for conducting evidentiary hearings when it previously reviewed the case in 2014 (Clarke Case) and that they would be harmed if they have to provide testimony without the customary protections accorded in depositions.

But the court, as is customary, did not explain why it was rejecting the petition from the taxpayers, who received the summonses during an investigation into Dynamo Holdings LP's tax returns that showed large interest expenses.


Do You Have An IRS Summon
That Needs To Be Challenged? 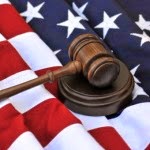