Treasury Issues Final & Temporary Section 385 Regs - But May Not Last Under President Trump?

s part of the Obama administration’s announcement of a crackdown on inversions the U.S. Treasury issued final & temporary proposed regulations that would dramatically change the taxation of corporate debt issued to related corporations having nothing to do with inversions or foreign acquisitions. In a 518-page Treasury Decision, IRS has issued final and temporary regs under Code Sec. 385. Under these regulations, debt issued by a corporation is treated as equity for all U.S. federal tax purposes if the debt is not issued for cash or property, but is instead


The new regulations restrict the ability of corporations to engage in earnings stripping by treating financial instruments that taxpayers purport to be debt as equity in certain circumstances. They also require that corporations claiming interest deductions on related-party loans provide documentation for the loans, similar to the common practice for third-party loans.  The ability to minimize income tax liabilities through the issuance of related-party financial instruments is not, however, limited to the cross-border context, so these rules also apply to related U.S. affiliates of a corporate group.
In a statement released by the Treasury Department  the U.S. Department of Treasury and the Internal Revenue Service (IRS) issued final regulations to address earnings stripping which will further reduce the benefits of corporate tax inversions, level the playing field between U.S. and non-U.S. businesses, and limit the ability of companies to lower their tax bills through transactions involving debt that do not support new investment in the United States. These regulations also require large corporations claiming interest deductions to document loans to and from their affiliates, just as businesses of all sizes do when they borrow from unrelated lenders. The rules were proposed in April along with temporary anti-inversion regulations.  The final rules announced today are the product of extensive public comment and engagement.


Coupled with Treasury’s previous actions to address corporate inversions, these final regulations balance the operational needs of companies while preventing the erosion of our U.S. corporate tax base. Specifically, today’s final regulations narrowly target problematic earnings stripping transactions, transactions that generate deductions for interest payments on related-party debt that does not finance new investment in the United States, while minimizing unintended consequences for regular business activities.
However, these recently finalized regulations that characterize debt as equity for tax purposes could potentially be revoked under President-elect Donald Trump’s administration and a Republican-controlled Congress, according to House Ways and Means Committee Chairman Kevin Brady, R-Texas.
Even though the IRS ultimately scaled back the scope of the proposed rules, Brady said at a conference hosted by Bloomberg BNA and KPMG LLP on Tuesday that the rules still harm the economy from a “pro-growth” perspective by discouraging investments in the U.S.
Have a Tax Problem?

Don't Hide The Your Head In The Sand 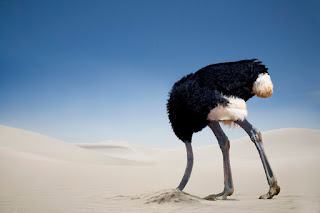 By Running Away To A Foreign Country