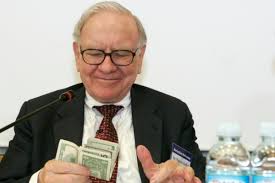 According to The New York Times Warren E. Buffett, the billionaire investor, volunteered more detailed information about his income taxes than Donald J. Trump, the Republican nominee, ever has.
Mr. Buffett released the information after essentially being called out by Mr. Trump during Sunday night’s presidential debate.
Acknowledging for the first time that he had avoided paying federal income taxes for years by claiming nearly a billion dollars in losses in 1995, Mr. Trump then tried to shift attention to his Democratic opponent, Hillary Clinton, accusing some of her wealthy supporters of exploiting tax laws to their own advantage.
“Many of her friends took bigger deductions,” Mr. Trump said. “Warren Buffett took a massive deduction.” Actually, he did not.
Have a Tax Problem?