A Spanish court on July 6, 2016 sentenced the Argentine soccer superstar Lionel Messi to 21 months in jail after he was found guilty of tax fraud for using offshore companies to avoid paying Spanish taxes on advertising contracts.

Mr. Messi was also fined about 2.1 million euros, or $2.3 million, by a court in Barcelona. Offenders in Spain are typically imprisoned for financial crimes only if the sentence is at least two years or if they already have a criminal record, neither of which applies to Mr. Messi. 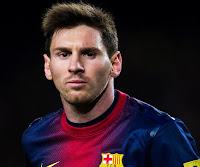 The soccer player’s father also received a 21-month jail term and a 1.6 million euro fine for defrauding Spain of €4.1m (£3.5m; $4.5m) between 2007 and 2009.They also face millions of euros in fines for using tax havens in Belize and Uruguay to conceal earnings from image rights.

The case against Mr. Messi, who plays for the Spanish soccer powerhouse Barcelona, and his father, Jorge Horacio Messi, dates to 2013, when a state prosecutor opened an investigation into whether they had defrauded the state of 4.1 million euros. The investigation focused on the player’s tax returns filed between 2007 and 2009.
Under the Spanish system, prison terms of under two years can be served under probation, so neither man is expected to actually serve time in jail. Both Messi and his father made a voluntary €5m "corrective payment", equal to the alleged unpaid tax plus interest, in August 2013.
"FC Barcelona expresses its full support to Leo Messi and his father in relation to the conviction for tax fraud... 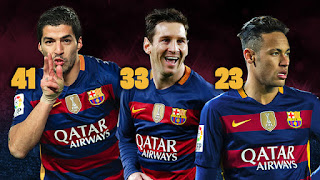 "The club... considers that the player, who has corrected his position with the Spanish tax office, is in no way criminally responsible with regards to the facts underlined in this case."
Appearing in court last month, the soccer star limited his comments to repeating that he was completely uninvolved in the advertising contracts, and said that he was unaware of the overall state of his finances. His father, meanwhile, said the contracts had been reviewed by a legal adviser.

In its sentence, the court dismissed the Barcelona player’s argument as insufficient to exonerate him from his fiscal responsibility. The sentence can be, and is expected to be, appealed via the Spanish Supreme Court.
The sentencing came shortly after Mr. Messi announced his retirement from international soccer, after missing a penalty in Argentina’s loss to Chile in the final of the Copa América. He will continue to play for his club.
Do You Have Undeclared Offshore Income?