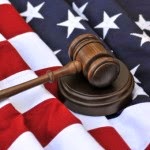 According to Law360 -- The U.S. Supreme Court is poised to decide three weighty tax cases in 2015 that could implicate:

Here are some of the cases Tax Attorneys, Tax Accountants & CPA's should be following: